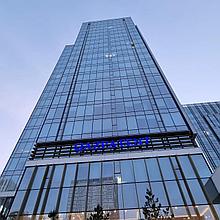 On June 2, 2022, the Senate of the Parliament of the Republic adopted the law “On amendments and additions to certain legislative acts of the Republic of Kazakhstan on improving legislation in the areas of intellectual property and providing state-guaranteed legal assistance”.

According to the additions to the law, a new object of intellectual property is being introduced - a Geographical Indication. Legal protection of a geographical indication is provided on the basis of their registration in the manner prescribed by the Law of the Republic of Kazakhstan “On Trademarks, Service Marks, Geographical Indications and Appellations of Origin”, as well as by virtue of international treaties of the Republic of Kazakhstan. According to the law, a Geographical Indication is a designation that identifies a product originating from the territory of a geographical feature, a certain quality, reputation or other characteristic of which is largely related to its geographical origin. On the territory of a given geographical object, at least one of the stages of production of a product that has a significant impact on the formation of its characteristics must be carried out.

The second important change is the clause regarding the term of a patent for an industrial design, which is now ten years. However, the term of a patent may be extended by the Kazpatent at the request of the patent owner each time for five years. In this case, the total duration of the patent should not exceed twenty-five years from the date of filing the application.

It should be noted that an unregistered industrial design is considered to be made public (disclosed) for the first time if it was published, exhibited at an exhibition, used in trade or correctly communicated to circles specializing in this business sector operating in the Republic of Kazakhstan. An unregistered industrial design that is disclosed only to a third party on the terms of confidentiality, either stated or implied, is not considered to be made public.

1) preliminary examination - within one month from the date of filing the application;

2) full examination - within seven months from the date of filing the application, during which the compliance of the claimed designation with the requirements established by Articles 6 and 7 of the Law on Trademarks of the Republic of Kazakhstan is checked.

It should be noted that any interested person has the right to file an objection to the registration of the claimed designation as a trademark to the Kazpatent on the grounds provided for in Articles 6 and 7 of the Law on Trademarks of the Republic of Kazakhstan within one month from the date of publication of information about the application.

Now, the Kazpatent sends the applicant a notice of the objection(s) received (received) within five working days from the date of its (their) receipt with a copy of the filed objection(s) attached. The applicant has the right to express his written position regarding the filed (filed) objection (objections) against the registration of the claimed designation as a trademark within three months from the date of sending him the notification. When making a final decision on the application, the Kazpatent, taking into account the objection (objections) of the interested person (stakeholders) and the position of the applicant, issues an appropriate expert opinion.

And the last change was that the institute of patent attorneys representing the interests of applicants and right holders in the authorized body, Kazpatent and courts is being improved. According to the new text of the Law of the Republic of Kazakhstan "On advocacy and legal assistance", legal consultants will be included in the system of providing state-guaranteed legal assistance. Thanks to this, representatives of vulnerable segments of the population will have the opportunity to receive legal assistance free of charge.

After discussing the norms of the law, the deputies adopted the document in two readings. The bill has been sent for signature to the President of the Republic of Kazakhstan.